Wage War with Spiritual Authority in the Invisible Realm

Battle-Ready Remnant: Called to Contend is an invaluable resource in the hands of the readers preparing for battle! This book will function as a practical biblical guide in spiritual warfare as the revival remnant contends in the last days to gain victory in the invisible realm. We do not wrestle against flesh and blood but against demonic powers in the unseen realm. Are you living your life battle-ready?

As we become soldiers trained, dressed for battle, and fully armed and dangerous in the spirit realm, the book Battle-Ready Remnant: Called to Contend is sure to be an invaluable resource in the hands of the readers preparing for battle. This book will function as a practical biblical guide in spiritual warfare as the revival remnant contends in the last days to gain victory in the invisible realm. We do not wrestle against flesh and blood but against demonic powers in the unseen realm. The blood-bought believers in Jesus Christ must learn to engage in spiritual warfare from their rightful seat in heavenly places far above all principalities and powers, viewing the spiritual battlefield from an aerial view. Are you living your life battle-ready? This book will arm you with biblical understanding to sustain a combat-ready position in the spiritual realm. This battle-ready position includes knowing who you are in Christ, fighting from the proper position, putting on the whole armor of God, and knowing that the Lord is a Man of War who is the God of Battles!

Pastor Caleb Cooper really hit a home run here. Battle-Ready Remnant and the message of this book literally hits at the core of what we as believers need to know and understand with regard to the time and season we are in right now. This book will set you up for success and give you the information you will need to be battle ready and fire for God, even in the middle of the current challenge in our world.

Very few people have their finger on the pulse in these times like my dear friend, Dr. Caleb Cooper. His new book Battle-Ready Remnant is not mere words to a page but has been tested by fire in his own life. He speaks from a depth of Scripture and a reservoir of experience. His sermons are Biblical and his passion is fire! He is a wealth of wisdom and an almanac of information to help us navigate in the days ahead. Pastor Caleb and his wife, Eric are both very familiar with end time prophesy and they also can all out tactics of the Devil. The reason is their hearts are in tune with Almighty God. This book will reinforce your place in the Kingdom, your position in this season, how to be on post during the upcoming battle and how to have peace through it all. We are called to contend not cave to cowardice.

If you are looking for a preacher to sugarcoat the times we are living with and placate you with false hope, let me tell you, Caleb Copper is not your guy. But if you want to hear from someone who God has called up and anointed to be a watchman in these last days, you simply must read Battle-Ready Remnant: Called to Contend. We need all hands on deck as the enemy advances his agenda, but this book will empower you to rise up in the power and demonstration of the Holy Ghost. Let God speak to you through these pages, and join us on the frontlines for the sake of the name of Jesus!

Pastor Caleb Cooper is one of a very few men who are courageous enough to boldly stand against demonic opposition and persecution. Whether it be ungodly governmental, political policies or the lukewarm religious structures found in many denominations and churches. Caleb has not wavered in his convictions. He does not desire position or prominence in order to placate leaders in any arena. I don’t know of anyone who is more qualified to speak to us about the last days’ remnant people. Pastor Caleb is a revivalist through and through and his message of repentance will either convict you or anger you. Either way, you will discover your own heart’s condition, because his message demands a response. This book carries with it a clarion call to gather the battle ready remnant. As well, it carries an impartation of the fire of God that burns in this humble man’s heart. I am honored to partner with him in the pursuit of revival and to call him my friend.

Leonard Ravenhill called Prophets, “God’s emergency men for crisis hours.” This rare breed of man can be abrasive. By nature their life and ministry go against the grain. Their voice serves as a plumb line in critical moments in history separating the Holy from the profane. Although their shouts can seem offensive, annoying, and disturbing to those at rest, their violent alarm may wake a man just in time before the house begins to burn. No one has ever enjoyed the midnight cry, but it’s shout “Behold the bridegroom commeth” may be the only hope some have to awaken in time to prepare for His coming. Caleb Cooper is such a man. He has been strategically set within the body of Christ at exactly the right time to “Cry aloud, and spare not” before it is too late. In this book, “Battle Ready Remnant: Called to Contend” Caleb fearlessly puts the trumpets to his mouth and it’s clear uncompromising sound violently shreds the illusion of peace time and rallies the troops for war.

Levi Lutz, Evangelist-Together In The Harvest/CfaN Bootcamp and School of Evangelism Director

Get your guide to spiritual warfare! 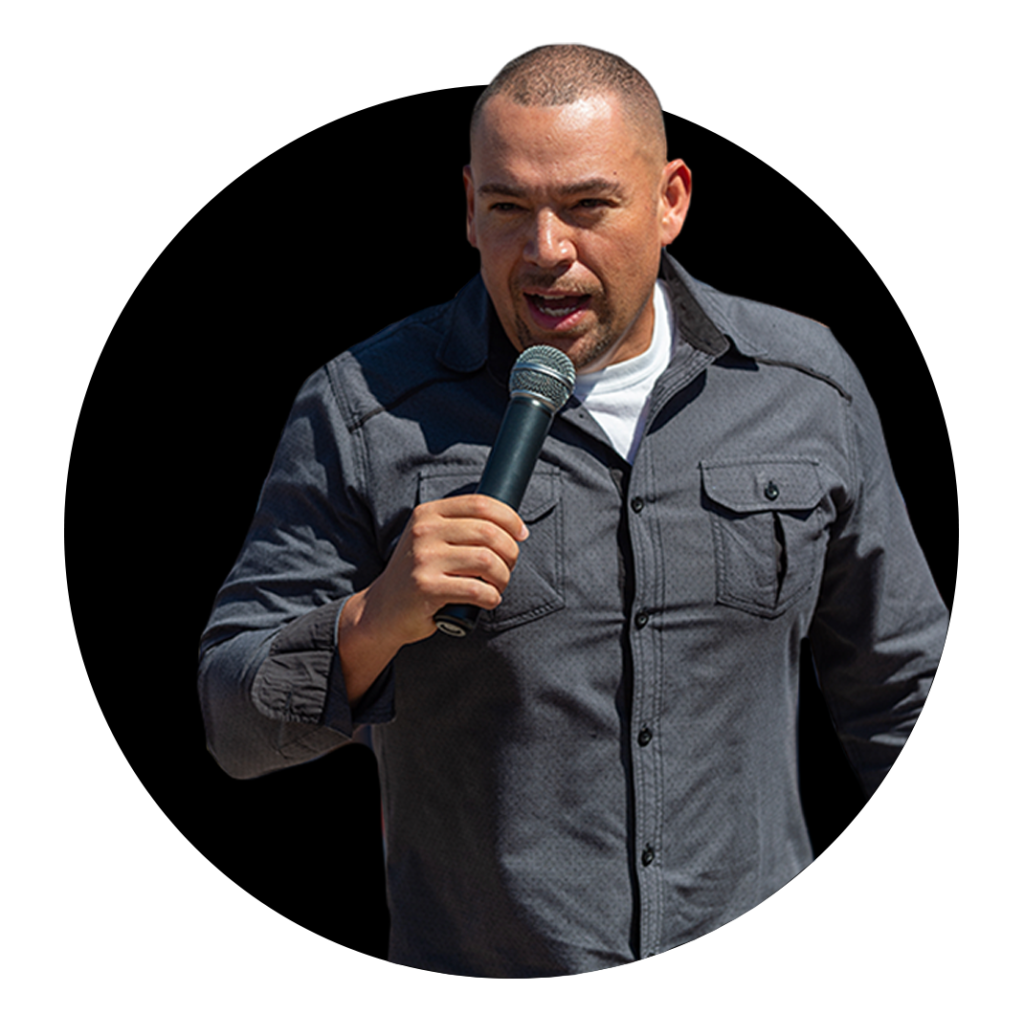 Why I wrote Battle-Ready Remnant:

My heart was stirred to write the book Battle-Ready Remnant: Called to Contend as I looked onto the spiritual battlefield of the church and realized that many believers who sit in churches on a weekly basis remain unequipped to fight in the invisible realm. Many allow Satan to come kill, steal and destroy and at times they are deceived into thinking that his destruction may be the will of God for their lives. This is far from the truth and knowing who we are in Christ is the foundation for all victories. I believe there is a revival remnant that is rising in the last days that will not live in a place of defeat but live their lives spiritually armed with the Word of God. This book is a catalytic resource to equip the body of Christ to put Satan in his place which is under their feet. God’s people must rise up in victory as they engage in spiritual warfare with their hearts in alignment with the Word of God. My prayer is that this book would be instrumental in helping many of God’s people exchange an attitude of defeat for a heart of victory!

“For though we walk in the flesh, we do not war according to the flesh. For the weapons of our warfare are not carnal but mighty in God for pulling down strongholds, casting down arguments and every high thing that exalts itself against the knowledge of God, bringing every thought into captivity to the obedience of Christ, and being ready to punish all disobedience when your obedience is fulfilled.”
2 Corinthians 10:3-6 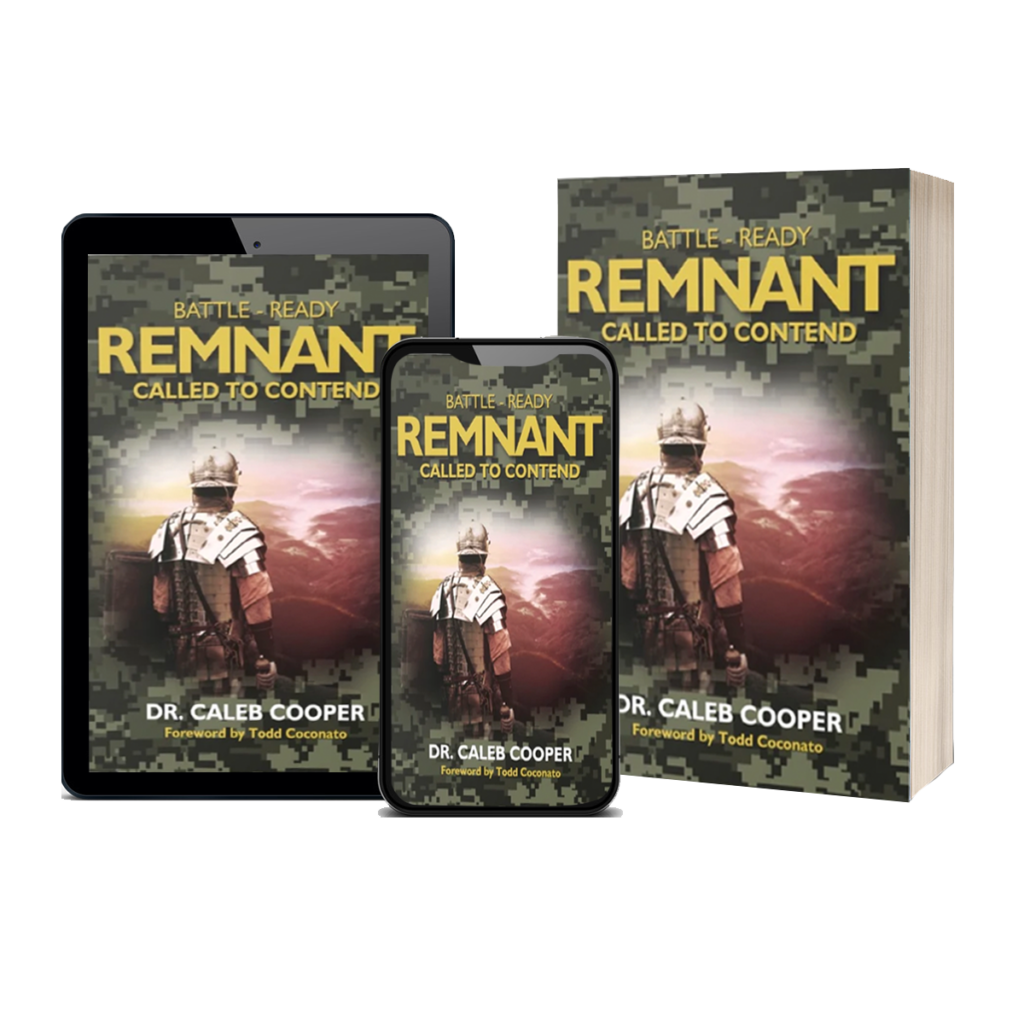 Will you become the Battle-Ready Remnant that lives a life that is Called to Contend victorious in the invisible realm?